Today, we largely take our health for granted with the access many of us enjoy to clinics, hospitals and to a wide range of medications, all designed to keep us in good health. We are constantly bombarded by advertisements, health alerts, suggestions of our medical practitioners and by all manner of self-help books and alternative therapies to look after ourselves better. Just a brief trip to the local pharmacy will reveal the plethora of cures on hand to minister to our every ill.

It was not always so, however. Even in the relatively recent past, most people did not have access to medication which was not only expensive but also, in many cases, experimental. Instead, they relied as their forefathers had since the dawn of time, on knowledge of plants and their respective healing properties and uses as well as other treasures of the natural world.

It is perfectly natural that practitioners of this ancient art who all too often held the life or death of patients in their hands were considered as the most important persons in the community, much respected – and even feared – for the powers they possessed. The medicine man of the North American Indian, the shaman of the Steppes, the African tribal witch-doctor and even Seychelles’ very own Bonnom di bwa,  among others, devoted their lives to gaining experience of Nature and using that knowledge for the benefit of their peoples. Today, as our civilization again turns to the phenomenal powers and cures of the natural world for our salvation, all across the globe we are piecing together the ancient fragments of Mother Nature’s amazing ability to heal the sick.

When Seychelles was firstly settled in the mid-18th century, high on the list of items necessary for a successful settlement would have been those that would secure its health. Sources claim that the first settlers would have found somewhere between 300 and 400 plants with medicinal properties to assist them in treating sickness within the colony. Sadly, a great many of these plants no longer exist, having been destroyed either by the fires, forest cleaning or building which inevitably run parallel to a swelling population. However, certain important plants have nonetheless survived and are still in use today.

Mr. Ferdinand Vidot of Val D’Endor, Baie Lazare, Mahé, a leading local herbalist, believes that among the peoples responsible for the introduction of the use of medicinal plants in Seychelles, the most prominent were those French, Portuguese and African herbalists who brought their knowledge with them from their respective homelands. Given their separate origins and particular use of plants in their quite different cultures, this would account for the very diverse, but sometimes overlapping, knowledge-base of plants which persists throughout the islands down to the present day.

This diversity is clearly revealed by the way that plants are harvested according to cultural influence: either at random, according to the time of day (7 feuilles soleil leve), or by day of the week, with each day being influenced by the unique humours of the various planets – fiery Tuesday, equitable Thursday, and Saturday, which is much favoured by sorcerers as being particularly auspicious for the accomplishment of dark deeds. It is generally agreed that another propitious time for harvesting is at the full moon when plant sap courses vigorously and when its powers are at their zenith.

Various parts of medicinal plants are used for different purposes: the bark and leaves for making infusions; leaves for use in preparing baths; the roots and, finally, the sap with certain parts employed in conjunction with others, and sometimes separately. Even the indentation of the leaf at the base of its stem is taken into account when being used in preparations. If the leaf commences with an indentation on its right side, then that leaf is used to treat ailments on the right side of the body whereas an indentation on the left is used to treat the left side of the body. A leaf with no indentation, (where the left and right sides start at exactly the same point on the stem), is used to treat conditions existing in the middle part of the patient’s body.

One of Seychelles’ most highly-prized medicinal plants is bwa koulev (Psychotria dupontiae) with its distinct clusters of berries which are almost ceramic in appearance. This is a plant reputed to cure no less than 15 different conditions, including headaches, hyper-tension, unclean blood, menopause and nosebleeds. It is joined in popular acclaim by bwa dou (Craterispermum microdon) and bwa-d-renet (Dodonaea viscosa) whose root, bark and leaves provide valuable tonics and sleeping aids.

For an ailing liver, a tonic is prepared from the bark of a guava tree and the patient is then required to eat its fruit. A tea infused from tender, young guava leaves is also very efficient in treating diarrhoea. Hangovers are treated by crushing the leaves of korsol (Annona muricata) and placing them on the face. A handful of plants are associated with the cure of hyper-tension including zambrovat, (Cajanus cajan) bwa koulev, bwa zoliker, (Pittosporum senacia) bwa-d-renet, and korsol, where an infusion of its leaves is said to reduce the effects of the condition.
Skin conditions are fought using katrepeng (Cassia alata). The bark is boiled as a blood cleanser followed a bath in the leaves and also by kaspyant, (Cassia occidentalis) kastik, (Phyllanthus casticum) lendigo and kenkanz.

The author has personal experience that an effective way of treating a sprain is to apply a poultice of pat-d-poul (Eleusine indica) and common salt which greatly reduces the pain arising from inflammation.

Nearly all plants may be used as tonics, from the ros anmer or periwinkle (Catharanthus roseus) which grows in many gardens and which has even been found to be useful in the treatment of leukaemia, particularly in children, to the common cedar tree. Cedar sap is used as a quick energy source and even as a plant form of Viagra and seven conical tips of young leaf-growth boiled in one litre of water for 15 minutes is said to make a powerful energy drink.

However, not all plants are so benign and their uses so beneficial. The Seychelles landscape contains several specimens such as tanghin (Cerbera tanghin) and a variety of zasmin, or jasmine, (Brunfelsia hopeana) the milk of which, or so it is claimed, can induce leprosy. Then there is fler pwason (Datura metel), also known as the Devil’s trumpet or Jimson-weed which is a powerful opiate which, if misused, can cause madness. This became the case with an entire cavalry troupe during the American Civil War which experimented with the plant at a place called Jamestown (shortened to Jimson) and then went insane down to the last man, riding off naked to engage the enemy – and to their death.

Over the years, certain other plants have become linked with gris-gris, the local form of black magic and these are bwa sagay (Maba seychellarum), kastik, piyondenn, (Jatropha curcas) kolofont (Grisollea thomasettii) and a certain variety of cactus. Some of the uses to which they have been put involve grinding plants parts and mixing them with human urine and bones, then boiling the concoction and adding soap to make it froth before placing the noxious potion in the way of a sorry victim who, once they come into physical contact with it, soon erupt in boils and with all sorts of nasty ailments.

Over recent decades our societies may have evolved in many ways, often bringing cheap medicines within reach of a large number of people and so diminishing their reliance on these traditional medicines so popular with our ancestors. However, there has been also been a certain resistance to new medications and treatments which are seen by some as too synthetic and superficial and with too many side-effects. Today, we are turning once more to our gentler, ancient remedies and their holistic approach to health which seems more in tune with the rhythms of Nature.

Rich veins of ‘green gold’ still run in our virgin forests and often in our backyards, too. Given the way they continue to soothe our rising number of aches, pains and ills, we can anticipate them playing a significant, if not increasingly important, role in our health for many years to come. 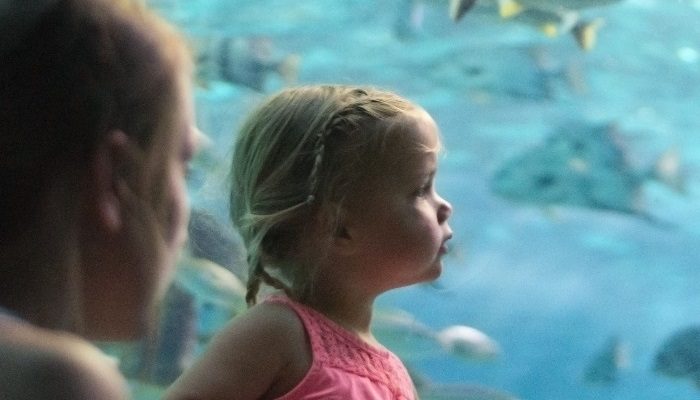