We left home in Beaulieu just after 9 am, gliding past industrial estates and the ever-widening highways constructed to realise the promise and potential unleashed by the recent FIFA World Cup. Giant, silver SUV’s seem glued in place on what looks like a conveyor belt to the horizon past high rises, electric-fenced compounds and community housing projects. All blur into one on the road to progress interrupted occasionally by, for example, Joburgh’s lesson to Italians in Tuscan architecture such as Monte Casino which would not look out-of-place in a Tuscan landscape. Gradually, almost imperceptibly, we leave the metropolis behind and our road becomes a silver spear through a vast, featureless landscape dotted with coal mines, surreally large development projects and the fat towers of power stations, belching columns of white smoke into a cloudless, cobalt sky.

We pass a procession of mini dams that back up incongruously into the veld in a succession of  tiny creeks which act like a magnet for thin herds skinny cattle and flocks of scruffy sheep. There is a strange contradiction in the topography of the landscape we are streaking through in our pickup along magnificent highways free of vehicular traffic (as if the road ahead has been rolled out by some giant hand, just for us). It might well have been majestic and indeed sometimes lives up to that promise with sudden scenic undulations and miniature, very miniature, valleys punctuated by the odd, backed-up stream from one of those dams before collapsing once more into a featurelessness pockmarked by the scars of coal mines and scattered, smogged-out settlements.

As we venture further, the  expanse becomes bewildering and you find yourself battling to keep a sense of scale to explain the logic of these tiny settlements and lone dwellings dotted randomly across this universe of high-veld wilderness, almost daring you, the observer, to make sense of it all.

At the turning to Neilspruit, we peel off the highway into a more easily digestible, characterful landscape of hamlets and quaint, olde worlde settlements from another era which offer a tighter focus on our surrounds than the arid expanses of earlier. With words of praise about our venue for lunch already dripping from my hosts’ tongues, we pull off into an impossibly twee village with the equally unlikely name of Critchly Hatchet, a place so shamelessly English it might make Windsor seem alien – a throwback to days of empire when ivory-skinned ladies undoubtedly took tea here in the company of dashing, uniformed gentlemen.

We enter grounds rolling towards a miniature lake flanked by a Queen Anne style village that seems to an ideal location for an as yet unmade film on some chapter of English history. The very menu of the hotel restaurant queerly anchors in my mind  our location in the corner of some foreign field that will be forever England. No question about it,  we are in a delicious time warp and as much the prisoners of the colourful history of these parts as of its marvellous cuisine.

Niel Passet, his charming wife Jenifer and I discuss Critchly Hatchet’s past over luncheon before setting off on our journey to Hazey View, still some 200 km to the north, the landscape morphing bewitchingly as the rocky, austere countenance of the high-velt slides away in favour of the pastels of the low-velt through which we now turn in a series of corkscrew bends, each one revealing a vista more magnificent and pleasing to the eye than its predecessor.  More and more it is striking me that this would be an ideal route for biking: superb road conditions; marvellously scenic, winding road with sparse traffic topped off by a succession of pretty villages in which to break the journey and a mesmerizing diversity of landscapes as well.  Our road is now tumbling down to farmland where vast banana plantations flank the road on either side and provides fresh panoramas of landscapes shot through with rivers, valleys,, soaring verdant hillsides and dense, forests whose imposing rampart of towering trees might easily conceal an entire army from Mordor.

As I look about me, recalling where we’ve come from and all the transitions this wonderful landscape has made, it’s all a bit larger than life really. Our road flattens once again, signalling that we are now part of the low-velt and very close to our destination. A little further on sees us veering off to Hazey View where the creature comforts of my hosts’ bungalow beckon among the folds of Waterberry Hill.

Having tasted the pleasures of Hazy view and the delights of Jenifer’s cuisine for which she has come prepared in ample fashion and with a battery of provisions that would do a master-chef proud, we start out early the following morning for Kruger Park’s Philume Gate where formalities are speedily completed and we are solemnly reminded about the dangers associated with smuggling baby hippos out of the park..yeah, right!

Entering Kruger proper, a game park the size of Wales, a narrow road with a 50 km speed limit is our portal to a world where a succession of creatures drift nonchalantly from the brush on one side, eye us without much interest and then vanish like mist on the other. Ii the space of only a few hours we spot Elephant, both singly and in herds; tall giraffe nibbling on tall trees taller still ; baboons nursing their young at the roadside; kudu grazing; waterbuck strolling; crocodiles basking; hippos sunbathing; water buffalo snacking; zeebra strutting; meercats scuttling and a lone leopard silhouetted atop his castle of rocks.

The dry season’s leafless trees allow the animals to be seen with ease and Kruger’s residents are most definitely on the prowl…and we are in awe as they strut their stuff – supermodels of the animal kingdom!  My hosts apologise that we missed out on lion and rhino. I assure them that, like fishing, spotting game is neither certainty nor supermarket. The value of the experience we have just enjoyed lies as much in what has eluded us as what we may still be fortunate enough to see again. Tomorrow is another day and life is designed never to be complete…a journey rather than  a destination.

In the coming days, the excursions we make from Hazy View to such gems as Graskop, Potholes, Lisbon Falls, God’s Window and Pilgrim’s rest introduce me to some of the most sublime landscapes I have ever seen.

I have been privileged to lay eyes on amazing panoramas back in Iran, Turkey and the like but spread before me now are vast canvasses with horizons that seem to recede to unfathomable distances and encompassing every type of scenery imaginable: veld; plateau; ravine; mountain; valley; steppe; grassland and forest through which our empty road leads us, regaling us with fresh vistas at every bend and with a natural beauty as magnificent as it is astonishing.  Our first port of call is Lisbon Falls where water carves a spectacular path through a magnificent gorge…and then on to Potholes where Nature baffles us with her trickery.

God’s window follows where, if the Creator ever chose a viewpoint from where to look upon his work, it might very well be from here where one has the impression of standing at the very edge of the  planet, gazing down at creation’s masterpiece from a dizzying height..and so we wend our way to the last port of call before heading back to Johannesburg and to the high-velt once again: Pilgrims Rest.

Here in this pioneer town, life seems to have stood still, perhaps in honour of the memory of its founders, those intrepid vortrekkers who, with ox-drawn cart, tamed these rugged, spiralling mountains that have claimed more than their fair share of modern 4 x 4’s. Their monumental feat of colonising this beautiful, yet dangerous land has been immortalised in this small town’s architecture, museum and very way of life and, even today, beggars belief.

Pilgrim’s Rest is a monument to Boer achievement and to the spirit of adventure and raw bravery it took to tame this land in the teeth of daunting odds. And so our voyage comes to an end. One for which I am greatly indebted to Niel and Jenifer…..one that I will not soon forget.

With many, many thanks, 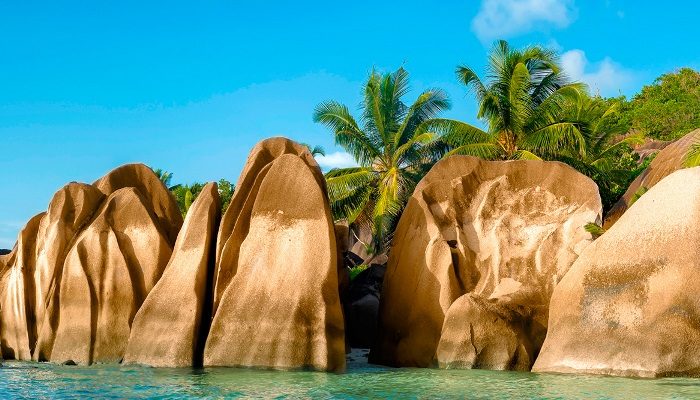