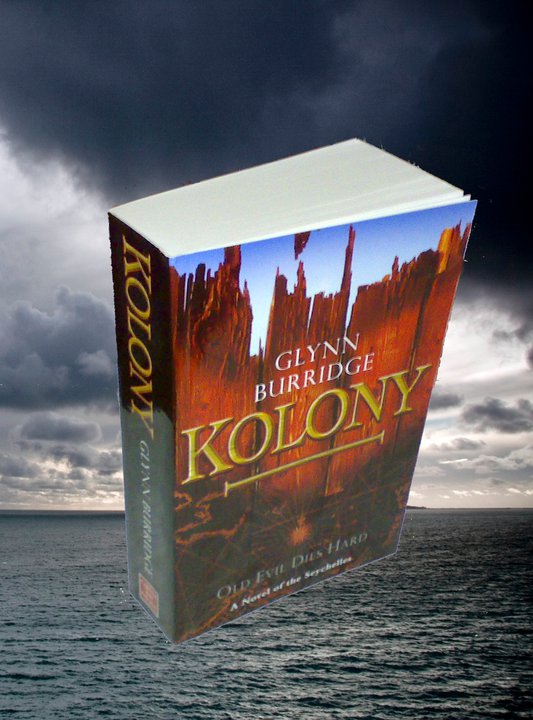 The back-story begins in mid-19th century England where one depraved Eric Liddle brutally murders a young female member of the aristocracy before fleeing the country as captain of H.M.S. Valorous, a frigate on loan to the Royal society and to the renowned religious figure and philanthropist Sir John Furlough who, accompanied by his family, is about to embark on a scientific expedition.

Convinced, correctly, that the authorities are giving chase, Liddle’s reckless behaviour divides the crew and he and the deeply religious Furlough are very soon at loggerheads. Entering the Indian Ocean, ‘Valorous’ stops for repairs in north western Madagascar. Here, the crew become exposed to the influence of the notorious pirate community ‘Libertalia’ and to the equally nefarious ‘Zanfandravoay’, a tribe of the region.

Narrowly escaping a combined British and French naval onslaught to apprehend the Libertalians, ‘Valorous’ sets sail again with the leaders of both communities on board. The quickly deteriorating situation aboard soon combines with bad weather to cause ‘Valorous’ to flounder upon the remote Amirantes Islands of the Seychelles archipelago.

It does not take long for the divided community of shipwrecks to fall under Liddle’s deranged leadership from where, for over a century, it further evolves into a degenerate cult whose sadistic way of life is ‘enriched’ by the fact that, at the moment of impact, ‘Valorous’ hold contained two specimens of crocodilus niloticus. These ultimately reproduce and, perfectly suited to the lagoon environment, begin to predate and to become pillars of a complex but depraved island society, faithful to its Madagascan roots of witchcraft, piracy, enslavement and murder on a grand scale.

The story proper commences more than a century later when, untouched by the outside world, this community has, chameleon-like, been able to refine its extraordinarily evil culture and when…

…all compelled by circumstances, quickly, to join forces in an ill-prepared expedition to the Amirantes Islands. Here, the breathtaking natural beauty of these magnificent coral islands is juxtaposed against the extreme physical challenges they present to this mutually suspicious band facing the menace of an evil community still practising the worst excesses of Liddle’s legacy. Its many complex mysteries, both past and present, that they must unravel before they are engulfed by them.

Excerpt from my thriller: Kolony.

The birth of Kolony - An historical thriller of the Seychelles Islands

(A Pen) and the Art of Motorcycle Mechanics (Final)

(A Pen) and the Art of Motorcycle Mechanics part 2

(A) Pen and the Art of Motorcycle Mechanics